What is there in a Name? 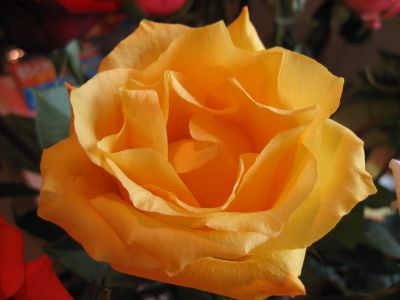 "A rose by any other name would smell just as sweet"

A story describing the significance of names and how the author himself came to be known as Jambulingam. This story offers a new perspective on the improtance of your name and how people select names for their children. It is the same in your country?

The other day I attended the naming ceremony of my friend's son. It was a great function (event). He had invited all his friends and relatives. While returning On the way home, my wife asked me how interesting our naming ceremonies at the village would have been and out of curiosity she asked me how why I have two names. Then I revealed the secret of my two names which I heard from my mother my mother told me long ago.


My naming cremony was scheduled thirty days after of my birth. The whole village was present. The Astrologer consulted the position of the stars when I was born, and asked my parents to select my name starting with J.(...in my mother tongue Ja, Jay, Ji).

My grandmother refused to eat during the feast. When asked why, she revealed the fact that she would not call me as Jambulingam as it was her husband's name. In those days it was our custom that a woman would not pronounce her huaband's name.

The astologer came to the resuce. He advised that I could be called Janarthan because that is also lord Shiva's name. My grandmother was happy and took part all other in the remaining ceremonies. I was called in School as Jambulingam at school and at in the village I was known as Janardhan.

I felt that my parents have had selected choosen a strange name for me. Whenever I go went to a new city, I used to see check the telephone directory to check see if anybody has had my name. I always saw found that only one or two names or maximum two names existed.

When I joined the service srevices none of my commandents addressed me with my full name. They called me "Jimmu","Juambo" ,"Jammu" or "Jam".

I asked my mother why they had have christened me as Jambulingam. She consoled me saying, ?what is there in a name? A rose by any other name would smell just as sweet".

Consider giving a donation to help improve the website.
You choose how much to give.
Just click the "donate" button below
Your Transaction is Secure!