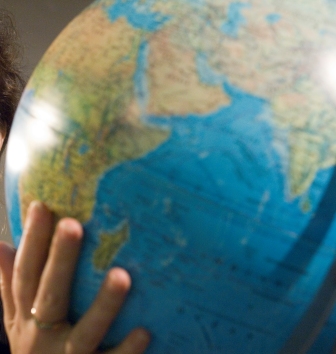 The World is a book, and those who do not travel
read only a page. -St. Augustine

My first trip to Canada was unforgettable. First of all, I had a feeling of sadness and happiness was sad and happy at the same time. I had to leave my parents and that made me so sad. At the same time I was grateful to experience a new lifestyle and new adventures. I wanted to learn more about other people; how they live, how they think, what traditions and customs they have and so on. As a result, my first travelling trip to Canada was thrilling.

I had two baggages suitcases and a heavy back-pack, full of personal documents and books. My hands were full with two bags of books too. Moving in that circumstance was torture, with all that stuff. I moved like a robot.

Last The night before, I had weighed the luggages my luggage three times, to make sure that they did not weight too much. had the right weight. But, when I was in the line to give the baggages check-in, the bad-temper clerk stated that the baggages my bags were too heavy and I had to leave some of my personal belongings there. How could I do that?

I was alone and could not even move my luggage the baggages. Moreover, I had two problems. First, I had to find someone to help me moveing the luggages bags and then, taking the stuffs out of them and putting them in a bag. I desperately looked around. Other travellers were looking at me, expecting me to move very quickly and let them give their loads check-in.

Finally, among the crowds, I found a cleaning worker cleaner. He helped me to remove some stuffs and put them it in a bag. At the end, after two hours, the airport clerk accepted the my luggages and allowed me to enter into the transit area. I felt like a blissful fighter who defeated the enemy in the battle field.

Two weeks before the flight, I must have paid had to pay a toll for leaving my home country, Iran. It is a rule. I did that but, once again, I had another problem. When I reached the custom police booth customs, where they in order to give you a permission to enter the airplane, he declared that the money paid was not enough and I had to pay more. I had to go back to the main building where the airport bank was. I was about to miss my flight.

I thought if I go there, I will have to do all the travelling the entire procedure from the beginning. Oh, my God! Why are do you doing this to me? I was exhausted and sleepy. Leaving the airport was like a mirage in the distance. So, I suddenly said that I strongly promised to pay the money next time. He looked at me suspiciously and said: "OK, you can go?"
That was the best thing I heard that day!

Lastly, the bus took the passengers to the airplane. Most of the travellers looked very tired and sleepy. I looked at the capital city, Tehran where I grew up, from above. Mount Damavand was hidden in the gray sky because of the pollution and traffic jam. However, the sun was generous as usual. I never knew how much I loved the city. At that time, I realized that leaving your homeland can really show you how much you value it. much more the value of the homeland.

Consider giving a donation to help improve the website.
You choose how much to give.
Just click the "donate" button below
Your Transaction is Secure!